Nine New Sanctuary Movement members were arrested at the White House to demand that Obama immediately act to end all deportations and expand Deferred Action to all. We joined 112 immigrants and clergy from throughout the U.S. in this non-violent civil disobedience. All of the arrestees were released. 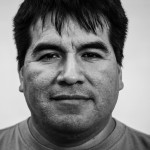 CARLOS, from Mexico, living in Philadelphia.

I come to tell the President that the immigrant community has waited patiently. He has been the most punishing president in terms of numbers of deportations. I come in solidarity with deported people and jailed children at the border, who are victims of the US’ unjust economic laws. I’m here to find a positive solution for the immigrant community. 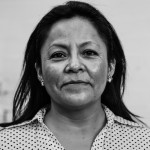 CARMEN, from Mexico, living in Norristown.

Injustices should not be permitted anywhere in the world. As a citizen of the world, it’s my moral obligation to make my voice heard and act. 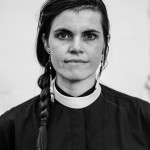 Deportation perpetuates degrading and discriminatory views of human beings and the families we create. The peace of our country and my individual life depends on how we treat “strangers,” pilgrims and sojourners. 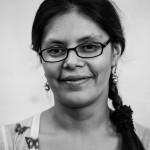 I’m risking arrest because as an immigrant I have a responsibility to advocate for myself and my community. As a mother, I have an obligation to teach my children, who are the next generation, to love unconditionally. I want my friends, children, and family to know that we shouldn’t be afraid because we have truth in our stories. And before the eyes of God we are all brothers and sisters and have the right to work, dream, grow, and breathe freely in whatever part of the world that God created, without feeling like unjust laws, politicians, and certain individuals are drowning us with words and feelings of hate. 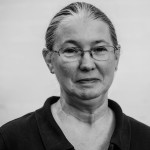 I’m angry and ashamed that our elected officials continue to punish people who come to the US longing for the same safety and stability that I and my own family desire.  As a follower of Jesus, I try to act with compassion and love, and to stand beside those who are suffering. We want humane policies that relieve suffering – not further deportations and militarization of our borders. 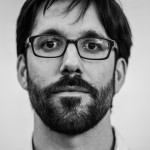 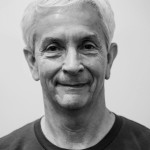 My congregation served as a Sanctuary Church in the early 90’s. I have a deep sense of solidarity with the people of El Salvador. I know from personal relationships the heavy toll that gang-violence has on families. In this small act of civil disobedience, I stand in companionship with sisters and brothers from El Salvador and families throughout Central America. 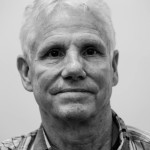 We marched for civil rights and to stop the Vietnam war, and nobody listened. Then we learned the power of civil disobedience to make change. I hope today moves people to join us in our struggle for immigration reform, that soon there will be 10,000 of us blocking the streets of our capital. Then they will listen. 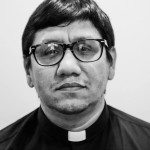 PASTOR ADAN, from Honduras, lives in Philadelphia, & is the pastor at West Kensington Ministry.

I, Reverend Adan A. Mairena, an ordained Presbyterian Church (U.S.A) and pastor of the West Kensington Ministry at Norris Square in Philadelphia, am willing to be arrested because I am morally obligated to put my Christian faith into action. The words of Emma Lazarus, that are engraved on the Statue of liberty, compel me to act against the injustice of not welcoming people, especially children and women fleeing physical and economic persecution, into our great country that prides itself on the ideals of liberty and freedom. Lazarus calls Lady Liberty  “A mighty woman with a torch” and the “Mother of Exiles” who proclaims “Give me your tired, your poor, your huddled masses yearning to breathe free.” She continues and writes “Send these, the homeless, tempest-tost to me,I lift my lamp beside the golden door!” I believe that people are a gift of God and that we, especially the followers of the teachings of Jesus, are obligated to welcome the stranger and that we are responsible for each-others’ well-being. For these reasons in a clear and conscientious state of mind I am willing to be arrested for that in which I believe.

Carmela Libre: Grant Asylum to Mother & Children in Sanctuary at Church of the Advocate

Teresa Herrera reflects on Day 1 of the Fast

We Are Hiring an Accompaniment Coordinator!