Listen to the recorded stories

About the Story Dolls Project

In 2014, Philadelphia-based artists Tamara Weiss and Mark Lyons, with support from our allied organization La Puerta Abierta, worked with New Sanctuary Movement youth to create story dolls. The artists worked with the youth to tell their personal stories of how deportation has affected them, record the stories, and create dolls based on their stories. The recordings were implanted in the dolls and play back when the doll’s hearts are touched. The dolls are on display at our office and members love listening to them! 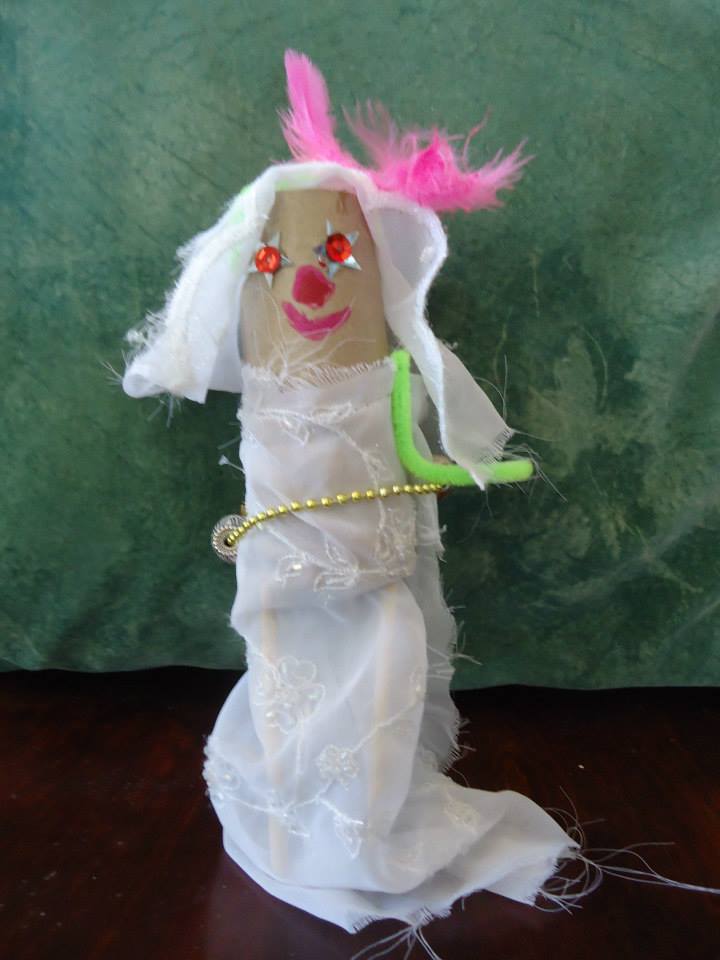 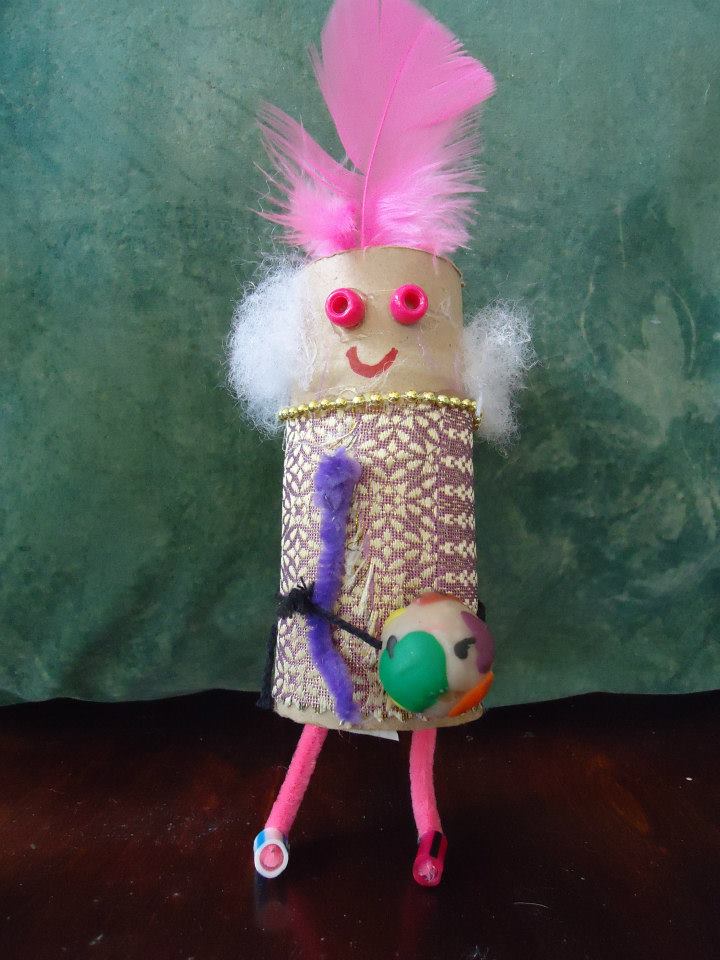 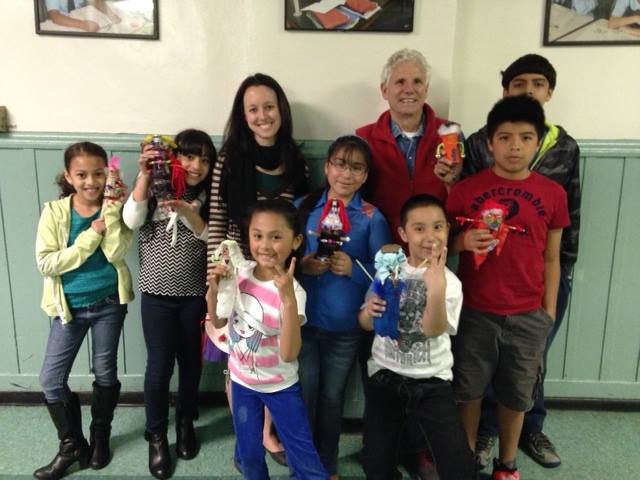 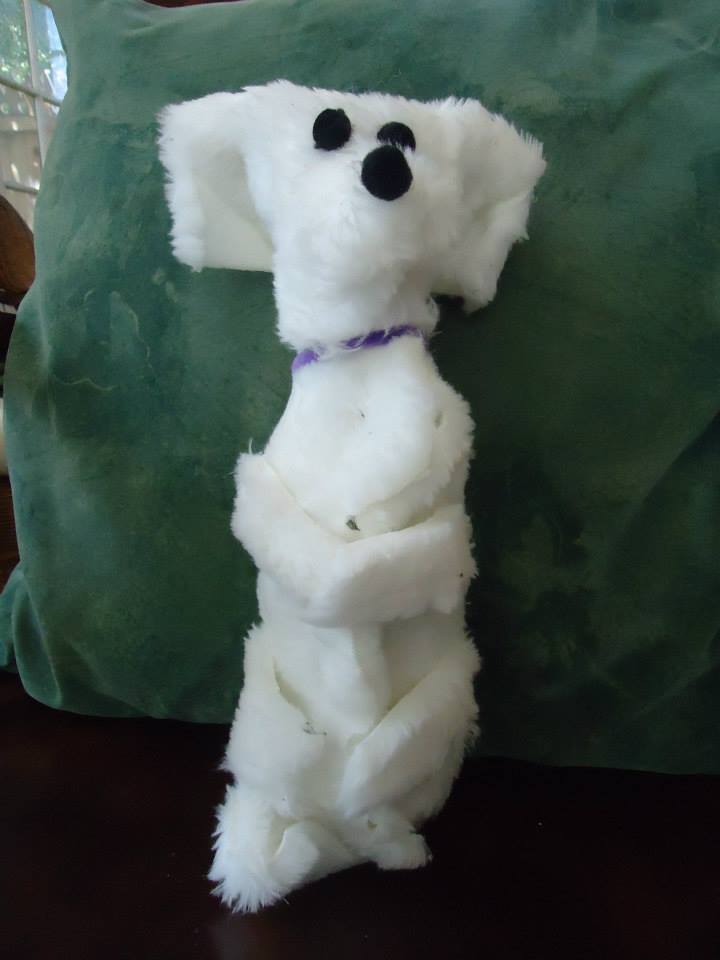 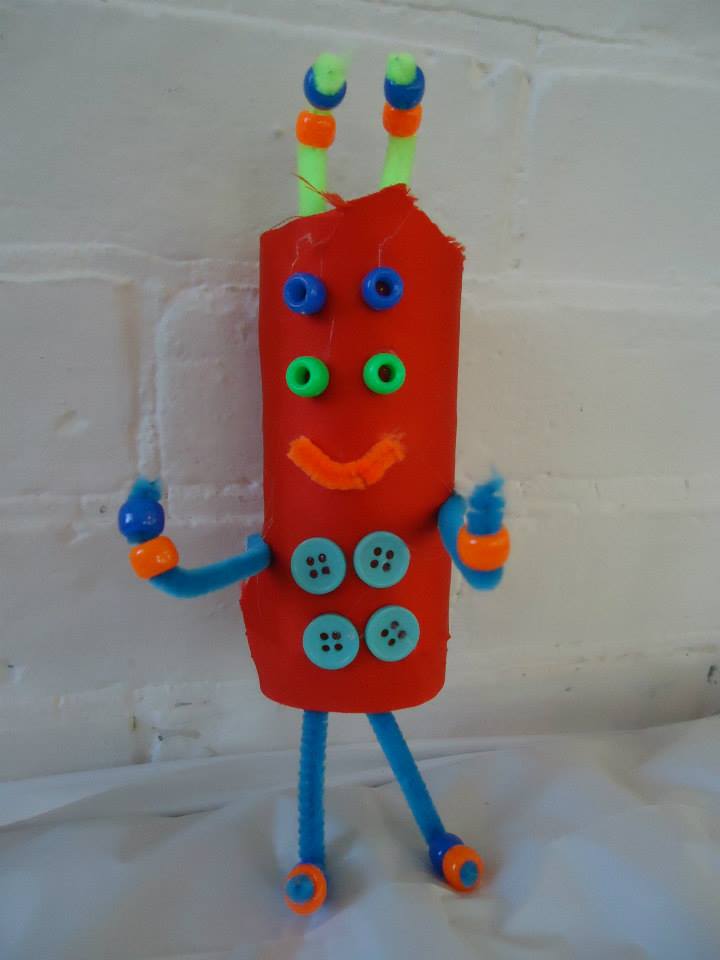 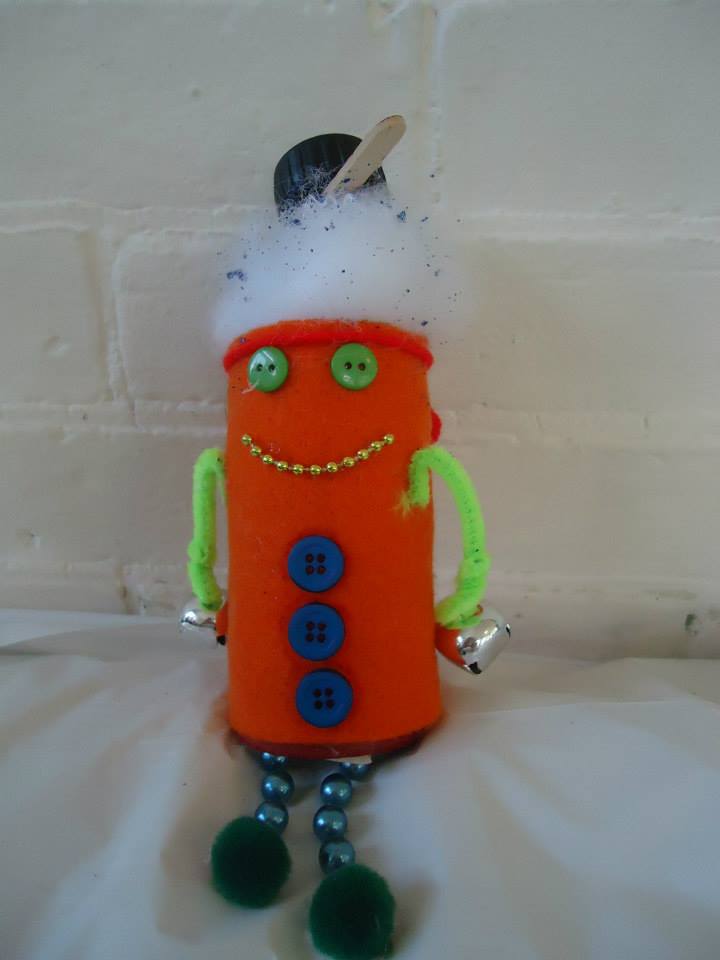 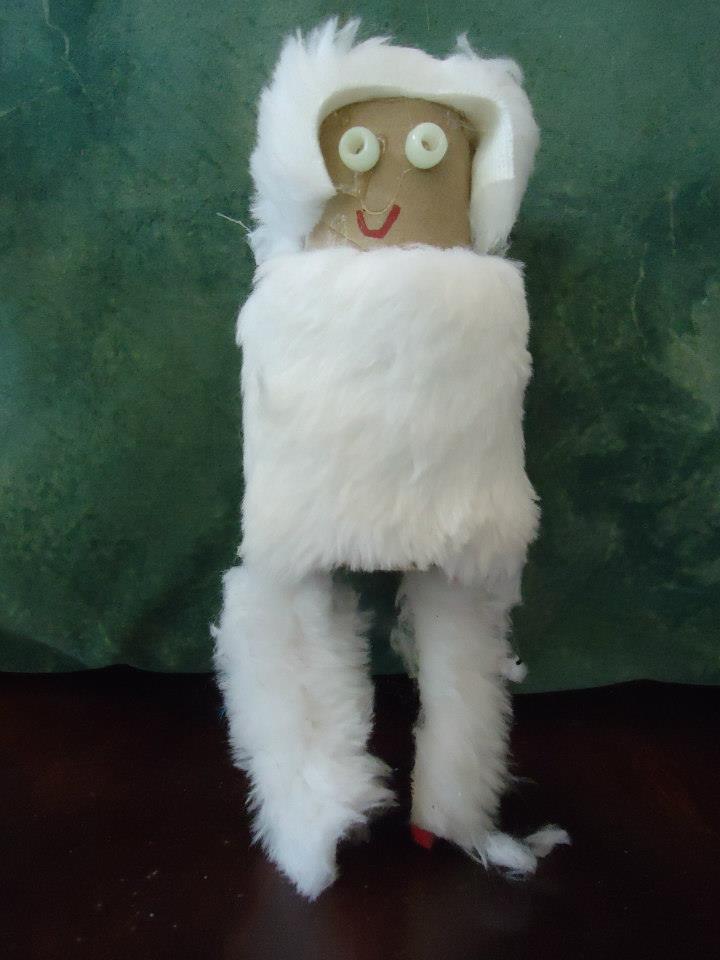 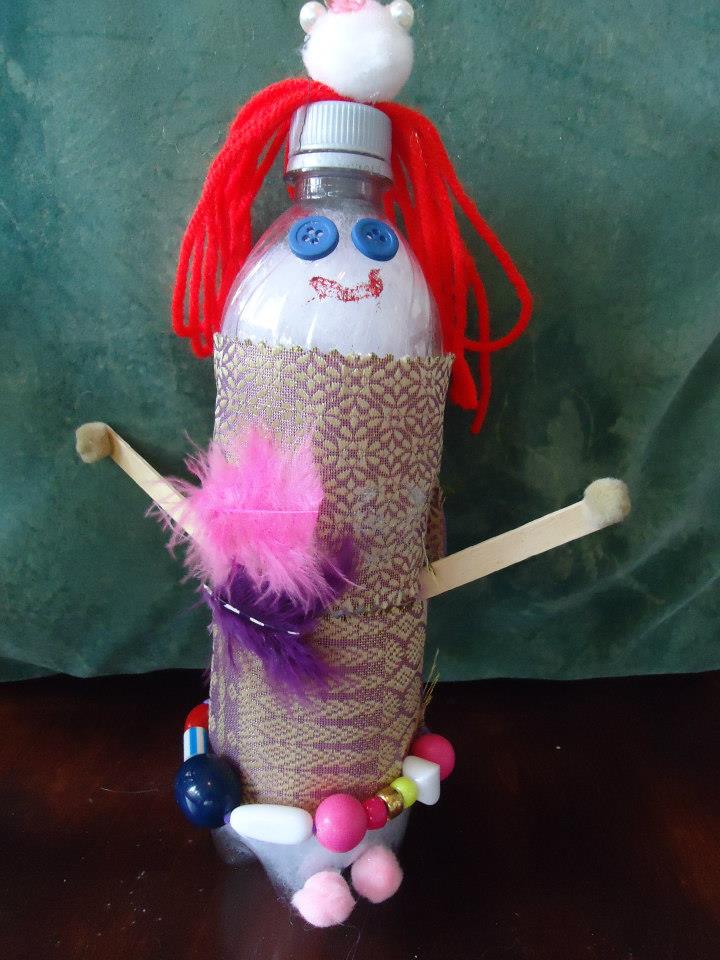 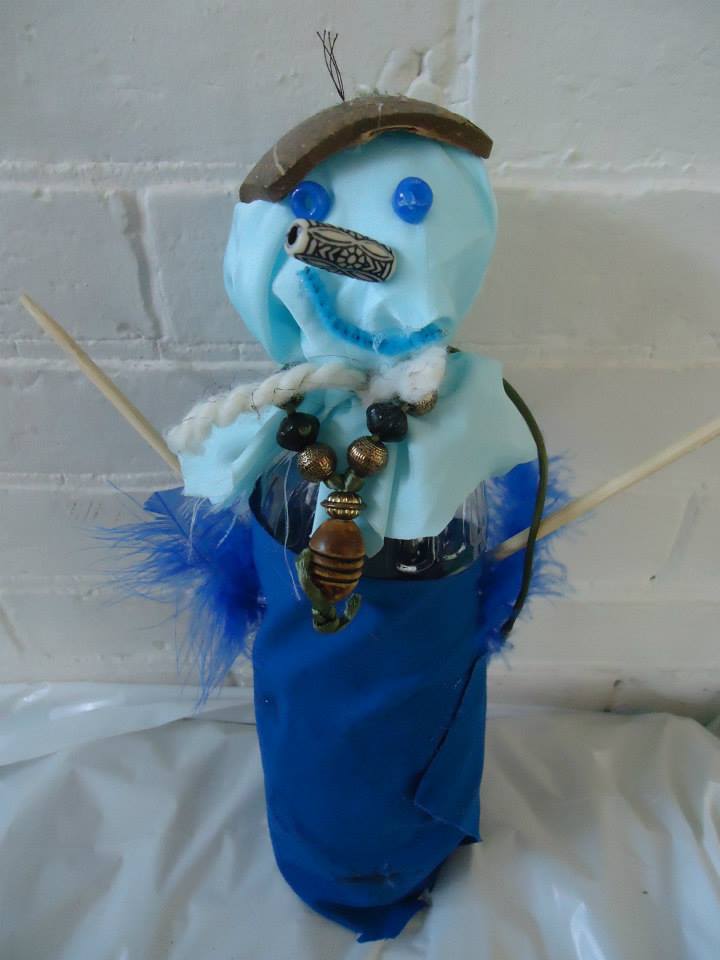 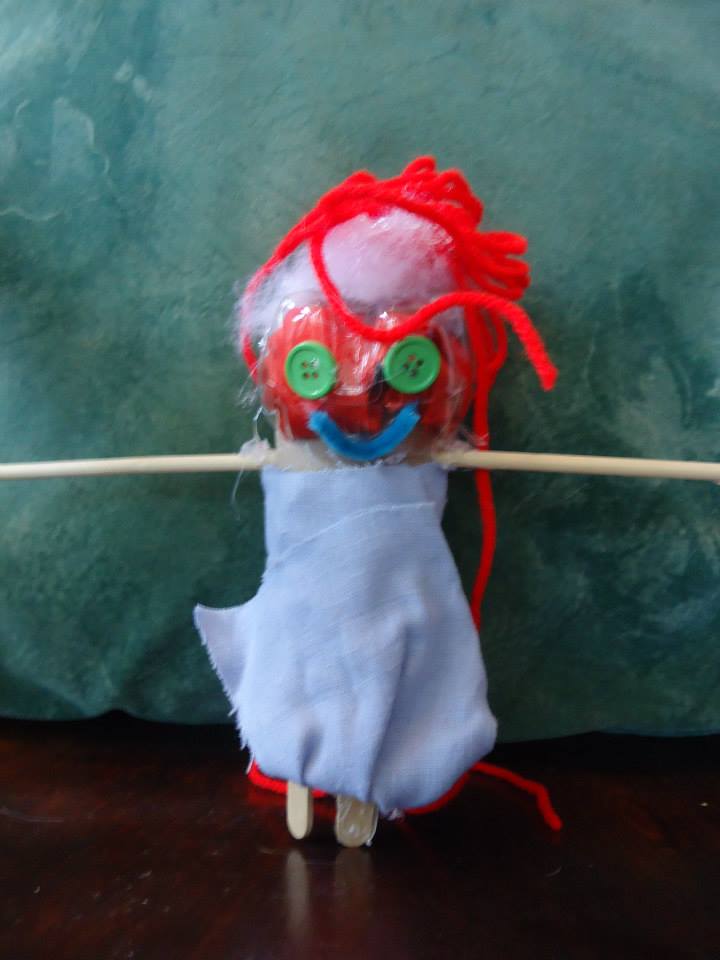 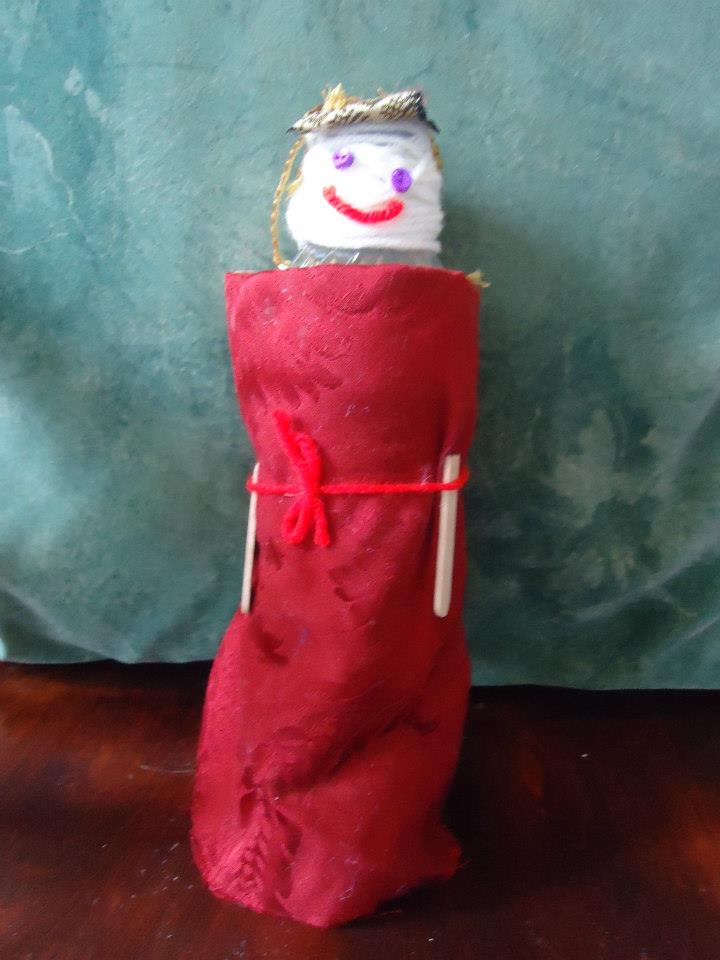 Read the stories embedded in the dolls:

I am Priscilla and I am five years old.  My doll is from Mexico. I made my doll because I wanted it to be a wedding girl. She likes to play her kids and eat with her kids and her family. My doll wishes she can fly, but she cannot because she is normal. My parents are from Mexico. My parents came here to have better lives, like buying more toys and getting more money here. And spending time to go to school and learning.

If someone got deported in my family, we might get sad—that’s not a happy moment.  We might not see that person anymore. And then we won’t have no more money to live with. I don’t think it’s fair to deport people.

I would say to the president, “You can call all of the police and say, ‘Stop these deportations, and change the laws. That’s not good for your family.’”

Woof Woof! Woofwoofwoofwoofwoof! Woooooff! Grrr! Grr! GRRRRRR!! AhaAhaAhaAha.  My name is Marley. My owners are a girl named Samantha and a boy named Raul. They’re both brothers and sisters. Raul is a handsome young man.

Raul’s parents are from Mexico. Raul’s dad came here so he could send money back to Mexico, to his family. Raul’s parents wanted for him to live a good life. Raul always talks about being a lawyer—sometimes he gets annoying. Raul wants to be a lawyer, because he wants to fight for what he thinks is right.  GRRRRRR!!!!!

Raul’s parents do try to change the law from deportation, because they are also one of the people who might be deported—just because of where they were born. Raul is interested in fighting for rights, and for immigrants, and standing up.

My name is Samantha, and I’m nine years old. I have a dog. I have one Mom, one Dad, one brother. I made a doll, and she’s from Mexico. My doll’s named Juana. My doll’s important to me because I made her as my mom—because my mom’s special to me.

If someone was deported from my family, It would feel sad, It would take apart my family, and I want my family to be together. I don’t think deportation is fair, because they’re making people go to jail. I feel sad and mad. If I spoke to the president I would say that it’s not fair that people have to get deported.

My name is Scarlett, and I’m seven years old. My doll’s name is Jenny. I made my doll because I like dolls. My doll likes to do tricks. Back flips.

My dad and my sister like to people messages of love.

My dreams—when I grow up, I want to teach kids. I want to be a teacher.

I don’t think deportation is fair, because I miss them so much.  I would tell the president that I’m really sad when my parents go to Honduras, because I don’t want to be on my own. And I love them so much.

My name is Zulymar, and I am nine years old. I made two dolls.  I made my mom, because she means a lot to me. And I made myself because I enjoy being with my mom. They are talking about that I should study really hard and graduate from high school. Because she didn’t get a chance, and she wants me to be somebody important in the world. I want to be a lawyer or a veterinarian. And I’m telling my mom that I will finish my studies.

My dad got arrested just because he was mistaken with a bad guy. We had to move to my aunt’s house, due to there was no money for rent. My dad was facing deportation. There were some really good lawyers who helped my dad, and now in three years he can get his citizenship.

I think it is not fair that somebody innocent gets deported. My brother really used to have nightmares, and he wouldn’t be sure to go outside—yes or no? Because maybe the police could come and do something to us, when we didn’t do nothing.

Now finally we got to end the collaboration between ICE and Police. Now we can go outside—we know nothing is going to happen to us, and now we’re safe.

I would tell President Obama he has to get immigration reform, because a lot of kids are being separated from their parents.

My name is Brianna, and I’m 8 years old. My doll is an Indian, her name is Jasline. My doll is important because I made her. My parents came from Honduras. My parents came to the United States to have a better life. I feel sad about deportation. I do not think it’s fair for the government to deport immigrants because it’s sad for other people. Deportation separates families. I would tell the president to stop deportation right now.  I would also tell president Obama to not deport my family, because when I grow up I want to spend time with them.

My name is Christopher, I’m 12 years old. In my family, my father was deported. I was 8 years old. When my dad was deported, I thought that my mom would not make it, by like, paying the rent, or helping us to eat. I thought we would live in the streets. But my mom did not give up. I felt really sad about it. After school, I came crying, I was sad. What I missed most about my dad was spending fun and quality time with him. We used to do this thing called the superman, where he always had his feet up in the air. And my belly went on his feet, and he like, put me up in the air. And I felt like I was superman, and I had a lot of fun doing that with him. When I grow up I want to become a photographer, or a video game maker.  My dad leaving would affect my dreams by, like, my mom wouldn’t be able to pay for me for college or for school to learn about photography and video game creating. I don’t think that’s fair. Everyone deserves a second chance in life. Every kid around the world needs their family in their life.

My name is John, and I came from Ecuador, and I’m 15 years old. I like to play basketball, hear music, and go to school. My favorite subject is English. When I came to this country, I didn’t speak English. When I lived in Ecuador, I lived with my grandparents. My parents came to the US. Before I got to see my parents again, it was like ten years. My dad got deported and I got to see him. And then he wanted to come with me to the US to see my mom. I came to the United States crossing the border. Seeing my mom for the first time after ten years, it was pretty exciting, cause I never got to see them, it was only in pictures. Now living with my mom is cool, because I didn’t have her love before. She takes care of me, she gives me everything I need. And my mom’s dream for me is for me to have a better future. I want to be an engineer when I grow up. If my mom and dad were deported, my dreams wouldn’t come true because I wouldn’t have their support. And it would be so sad because I love them so much and I need them. I don’t think it’s right for the government to deport people that don’t have papers because it’s just breaking the families’ hearts and it’s very sad.

My name is Jahn, I am 8 years old. I named my doll Jamier because I had a friend that died because he had asthma. He was seven. I’m sad, I don’t have nobody to play with. My parents come from Mexico. My daddy was almost deported. He was sitting on our stairs when a policemen hit daddy in the face with a gun, they got daddy and arrested him. It made me feel sad that they’d deport him to Mexico again. So we couldn’t pay the rent, so we had to move to my uncles. When I knew that my dad wouldn’t get deported, I feel happy and safe and now I can sleep good, because when he was in jail I had nightmares. I don’t think it’s fair that the government deports immigrant people because their family is separated and then the kids they get scared. I would tell the president to stop deportations.

My name is Paola, I am ten years old. My doll is an Indian doll. The first Indian woman to come to the US. Her name is Sandra. I made my doll to live lessons about good and bad. My doll’s hope is that the whole world will be free from deportation. My doll’s fears is this world will turn bad and families will be separated. My doll is important because she is helping people to never give up. Someone in my family has almost been deported. It made me feel mad at police collaborating with ICE because it wasn’t fair. I think it is not fair that governments deport immigrants because it was if it was their family, I’m pretty sure they would want their family to be deported.