The Apolonio Hernandez and Reyes families had taken the hard, but bold step to enter Sanctuary to protest immoral and unjust immigration policies. Both families turned themselves at the border escaping violence and followed the arbitrary process of asylum. Both families lost their asylum cases despite strong proof their life will be at risk if they return. They are only some examples of the millions of people who have been affected by the Trump Administration’s extremist anti-immigrant agenda. Separating children from their parents at the border, ending TPS for many countries, increasing enforcement and arrests, and changing asylum rules to exclude victims of domestic violence and gang violence are some of the policies that devastate immigrant communities here in Philadelphia and across the country. It also shows that the Trump Administration separating families does not just happen at the border, but everywhere in the country when people are detained or deported. This is a moral crisis. The three families currently living in Sanctuary have been living in New Jersey and Philadelphia for years until they were ordered deported with the threat of leaving their families behind. In taking Sanctuary, they step into a tradition thousands of years old that confronts immoral and unjust laws.

Working in partnership with New Sanctuary Movement of Philadelphia (NSM), The First United Methodist Church of Germantown (FUMCOG), Germantown Mennonite Church and all NSM member congregations, we all stand together to stop the deportations of these three families, challenge violent immigration policies, and build a broad and diverse movement to build a more welcoming and just city and country.  To do this, we are working to broaden support from legislators, organizations and congregations, and we need your support. 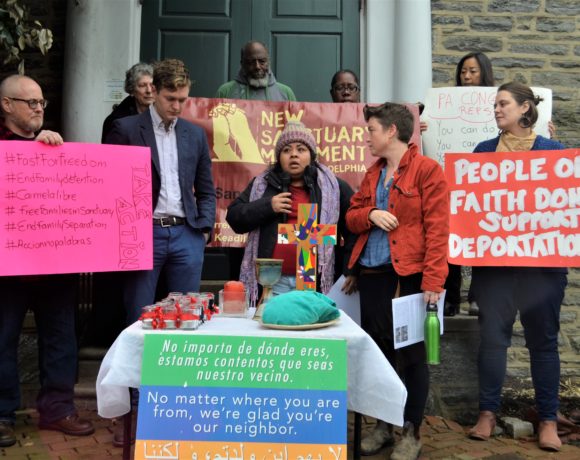 🡪 Carmela, Suyapa Reyes and their children have been confined to the four walls of a church. Carmela entered Sanctuary on December 2017 and Suyapa on August 2018. If they leave the premises of the church to return to NJ or Philadelphia, ICE will send them back to their death in Mexico and Honduras. Their children would lose their mother.

🡪 ICE is doing everything in their power to defeat the legal options Carmela and Suyapa has available. Carmela’s U Visa petition was recently denied by USCIS, and we believe ICE may have improperly intervened in that decision. If decisions about humanitarian visa applications like Carmela’s are being made based on the political objectives of the Trump administration, that means the government is not following the laws. This makes a mockery of the “rule of law” that Trump and his supporters always reference to justify separating families like Carmela’s. Suyapa is still waiting to hear from USCIS about her U visa application. USCIS have told us through Representative Casey’s office that they will expedite the process, but we have been waiting for and answer since February/2019.

🡪 Carmela, Suyapa and other families around the country and their supporters are looking for champions in Congress who will support their family and deliver results. We need all PA Representatives and Senators to put high pressure to get these cases resolved and create long lasting change on this Broken Immigration system. The Congress representatives from Pennsylvania and New Jersey can show their commitment to the immigrant community by fighting for Carmela, Suyapa and other cases in Sanctuary, not just with words but with deeds. They can visit them and their children in sanctuary to meet them in person and hear their story. 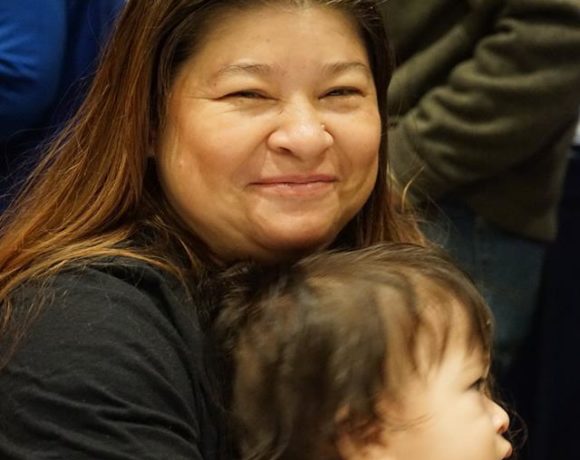 What can elected officials do?